I half suspect that the last time we were at Purvis street for chicken rice and were unable to get a seat at Chin Chin, D was really upset and when we found ourselves heading to the same area again for dinner, D was quick to suggest that we go to Purvis Street and eat at Chin Chin. This time, we were there at around 6.30pm (early by Singapore standards for dinner), so getting a seat was no issue. What followed next was a typical example of over-ordering by D…. 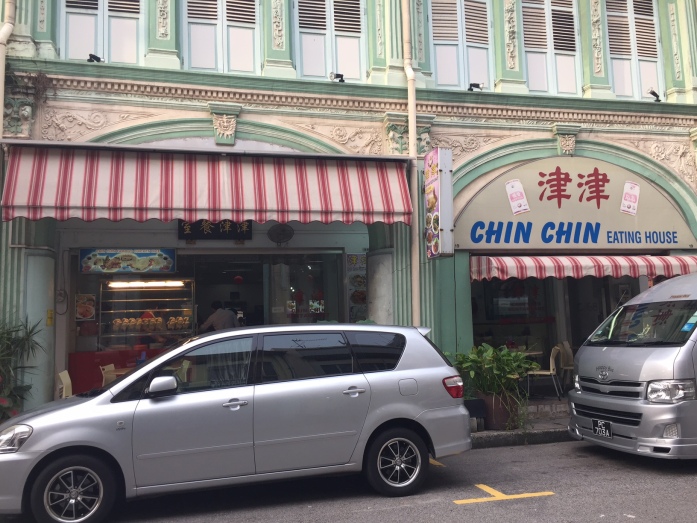 Chin Chin is a Hainanese eatery, so we got 2 of their house specials – Hainanese chicken rice and Hainanese Pork Chop. Of course, we had to get the obligatory vegetable dish as well.

Some local trivia about Hainanese pork chops, it was created by immigrant Hainanese cooks in Singapore. One could say that it is their interpretation of the western pork chops. Instead of the western condiments of mustard or apple sauce, tomato sauce is used instead to appeal more to Chinese tastebuds.

Unfortunately, we felt rather disappointed by Chin Chin’s offering. M flat out said that it was bad and she had had better versions of the dish. I’m inclined to agree. I did not bother with the peas and potatoes because they looked old, and most possibly from a frozen pack. The tomato sauce was a little on the sour side and the pork chop was rather dry.

On the other hand, I feel that they had better success with the steamed white chicken. The chicken was really tender and I really liked the light soy marinade that the chicken was covered in. They also make their own ginger and chilli here, which makes for a really great dish. Between this and Yet Con’s version, I think Chin Chin’s version is better, but just by that tiniest little bit. 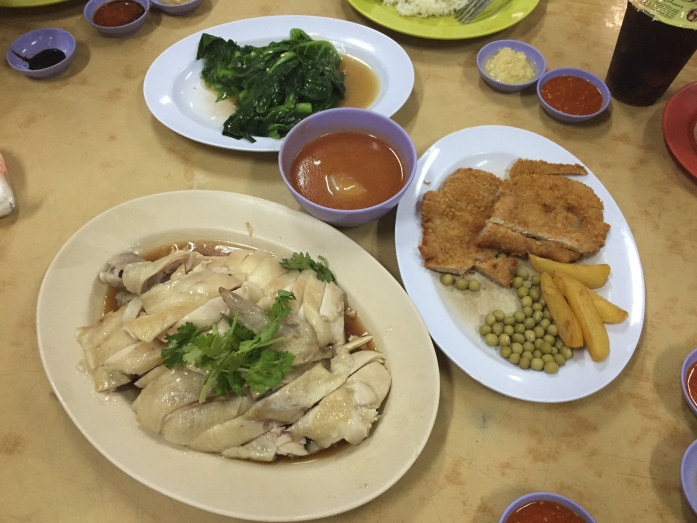 Hotplate tofu – this dish was very well executed. The vegetables were all nicely drenched in the sauce and this was actually one of the first dishes to be scraped clean. 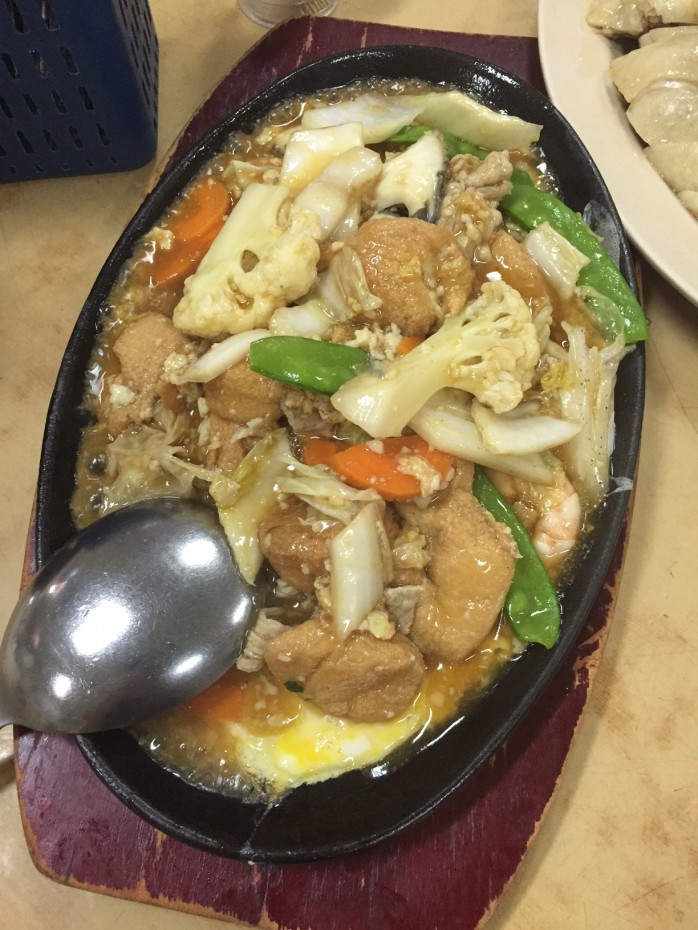 Stir fried black pepper dish – Another well executed dish. The beef slices were tender and there was no lack of flavour. 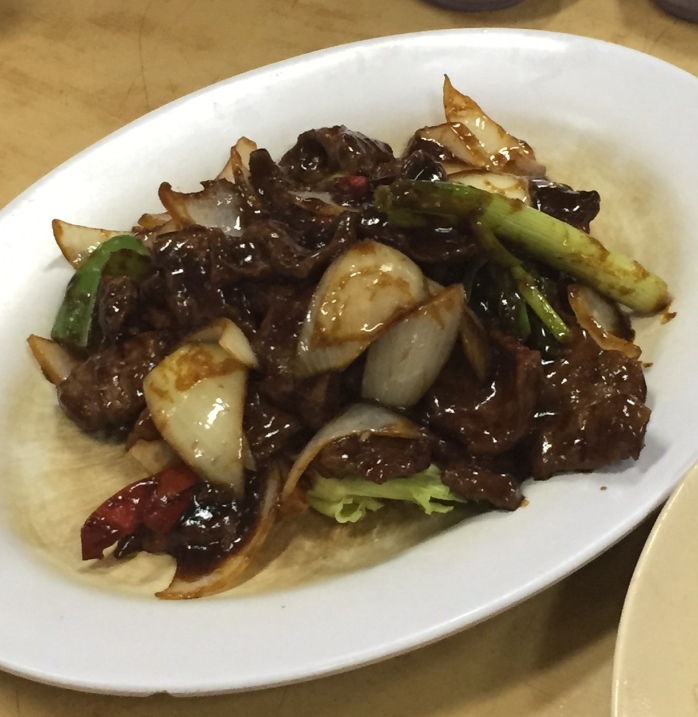 This was a lot of food for 4 people, but somehow, we managed to scrape the dishes clean. I think that despite the disappointing pork chop, this place still remains one of D’s favourite places for Hainanese food. He even goes so far as to say that Hainanese are the best Chinese cooks. I would say, definitely come for their chicken rice. Better still, hop over to Yet Con and decide for yourself which version you prefer. I promise that it will be a very very close call. I still reserve judgment on the pork chops, but the rest of the dishes we had were really well done.