Being Chinese, one of the questions that I sometimes get asked is “what is your dialect?”

The dialect that most non-Chinese would recognize, thanks to the Chinese movies that have made it to Hollywood, is the Cantonese dialect. Roast pork. Shrimp dumplings. Roast duck. You get the gist.

I’m not Cantonese. My dad is Hakka and my mom is Teochew. However, being closer to mom’s side of the family, I grew up immersed with Teochew cuisine where instead of roast meats, we had braised meats and steamed seafood.

This is how I sometimes attempt to explain part of the reasoning behind the food wars between Singapore and Malaysia. Some of my Malaysian friends have also acknowledged this perspective. When the great immigration from China to Malaysia and Singapore occurred in the 19th century, one must remember that we used to be one big happy family under British rule. It was only when Singapore got chucked out of the Malaysian Federation when people found this political wall between them and the comparisons started.

Back to the history of immigration to South East Asia, Chinese people always stick with their own. It makes sense, it creates familiarity and a support system for those living so far away from home. There will be the odd one moving around, but you get the idea of people sticking with their kind. And so, how it has evolved is that heaps of Cantonese settled in Malaysia while a sizeable community of Teochew/Hokkiens settled in Singapore.

And with different dialects/communities, the cooking flavours are different as well. Cantonese cooking has very heavy flavours while Teochew cooking tends to be a bit lighter with more emphasis on the freshness and quality of ingredients for taste and flavour. So instead of doing a general comparison of Malaysian v Singapore food, it’s always good to find out which dialects you are comparing. It hardly seems fair if you compare Cantonese roast duck verses Teochew braised duck. 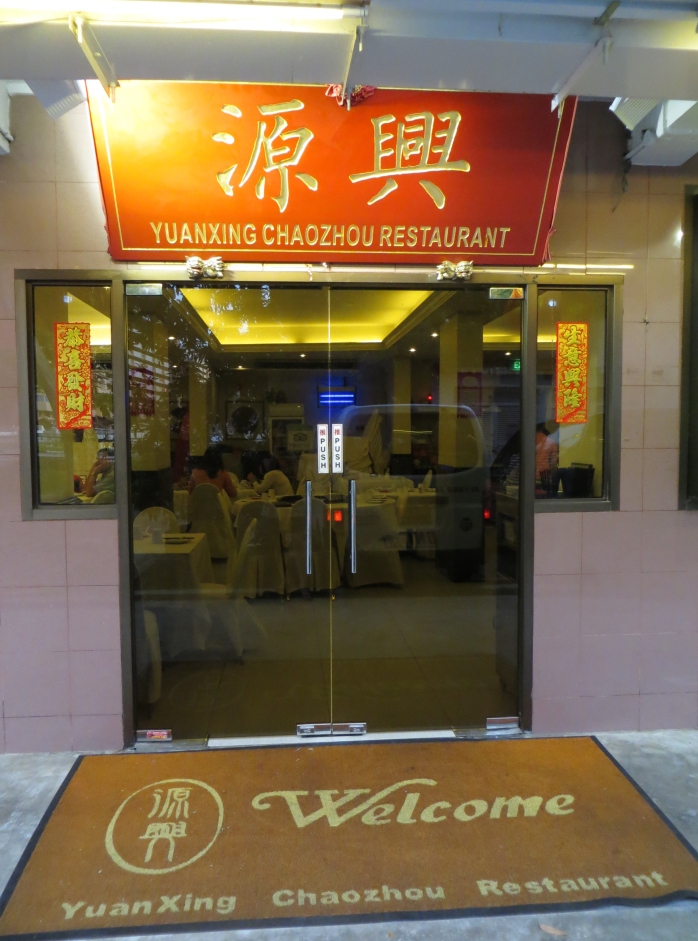 For M’s birthday this year, naturally she chose to have her celebratory dinner at Yuan Xing Teochew Restaurant. The restaurant has been in operation for over 40 years and like any typical Chinese restaurant, service is efficient and brisk.

Ngoh Hiang (liver rolls) and fried prawn balls – The quintessential Teochew appetizer. These were pretty good. The liver was cut and rolled with the minced meat. We’ve had ngoh hiang dishes where the liver was blended/mixed together with the minced meat instead. It’s a very subtle difference, but I guess it’s because we eat ngoh hiang all the time that we noticed it.

Braised goose with tofu – one of my favourite dishes. Goose is not as common as duck or chicken, so we opted to have goose meat this time. The braised goose also comes with tofu which has been wonderfully soaked in the dark gravy

Fish maw soup – Fish maw is the dried form of fish air bladder. It does not sound very appealing but it’s considered quite the Chinese delicacy due to its health properties.

Crayfish in pepper sauce – When Singaporeans talk seafood, it’s usually crabs, prawns, lobster, clams… but very rarely you find crayfish on the menus. However, it is quite the staple in Teochew restaurants. I especially like them with black or white pepper. Definitely an item to try at least once. 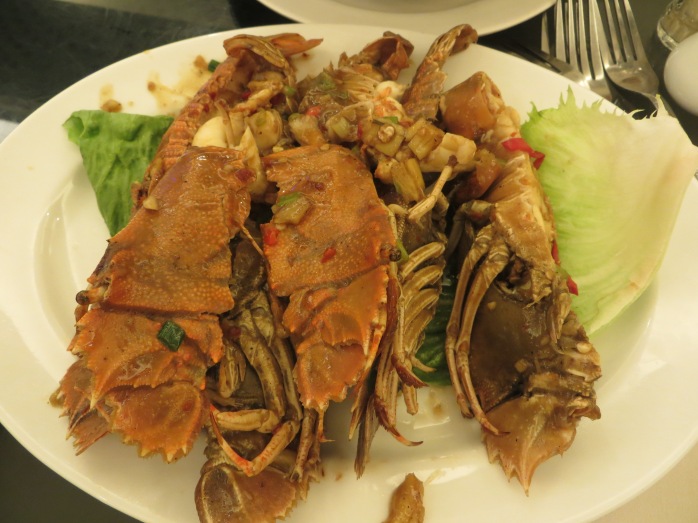 Kong Bak Pau – braised pork belly with steamed buns. This is more of a Hokkien dish but still pretty awesome. Yuan Xing’s version was not bad, though I must admit that the king of Kong Bak Pau is still Westlake. 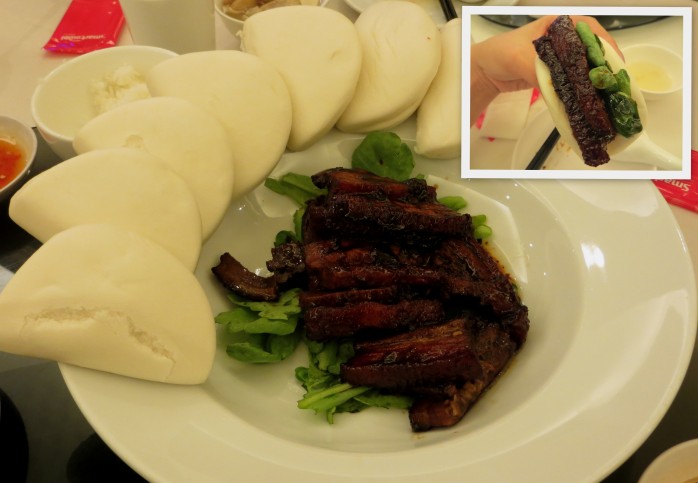 If you’re in the mood for old school Teochew cuisine, Yuan Xing is definitely a place to consider.